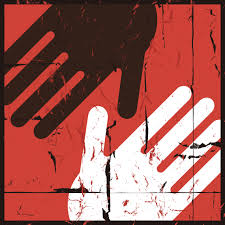 My purpose in writing this piece is to try to offer a way to move beyond a current impasse in anti-racism dialogue. The problem arises when the question of whether or not white people can experience racism is asked. On one side are those who argue that white people can not experience racism because racism involves “power plus privilege”, and as we live in a “global white supremacist hegemony” then by definition it is impossible for white people to suffer racism. On the other side we have people pointing out fairly regular occurrences of white people being targeted for abuse simply for being white, which to them is ample evidence of white people actually suffering from racism. The two sides are locked in disagreement, which often descends into nonsensical arguments and accusations of the other side “being part of the problem” of racism. As a result, genuine action against racism is almost zero while student types control the discourse demanding that everyone else accept their definition of a word and verbally abusing anyone who disagrees with them.

I’ve experienced the arrogance of these (usually) white middle class anti-racists recently. The type who with no sense of irony demand that we adopt the definitions they learned on sociology degrees at white middle class first world universities, while simultaneously accusing anyone who rejects these definitions as being part of the “global white supremacist hegemony” problem. For full disclosure, I think white people can suffer from ‘racism’, but that is just because I recognise a rather mundane aspect of the English language – words can have more than one definition. So when we say a black person in America suffered from racism and then also say a white person in Scotland suffered racism, although we have used the same word (racism) we are not equating the two situations. Unfortunately this is not enough for some. I was previously told by members of the Executive Committee that I am no longer welcome in either the SSP or RISE because I identify as a Marxist. That has now been followed up with me being told by members of the Executive Committee that I am no longer welcome because I don’t share the stance that the “power plus privilege” definition of racism is the only acceptable definition. So as it stands I am currently in a state of limbo, I don’t actually know whether I’ve been expelled from SSP and/or RISE for not thinking in the way dictated that I should. I await an official communication from them to settle this one way or the other.

As I said above, I think white people can suffer racism. What usually happens when I say that is I’m then challenged to explain how this can be so, when white people have the privilege. This response misses the point, I tell them, I’m speaking from a different definition of racism. Call the “power plus privilege” definition racism-Φ, and call white people being abused for being white racism-Ψ. We can then see the mistake more clearly: I say “white people can suffer racism-Ψ”, to which it is argued “white people have privilege so can’t suffer racism-Φ”. It misses the point, they are talking passed what I said. When I point this out, that there is more than one definition in play here, they challenge me to explain why my definition should be used instead of theirs. Again, this misses the point. Words can have more than one meaning. These meanings don’t compete with each other, neither is independently more valid than the other. Competent users of a language can more often than not easily deduce what meaning of a word is being used based on the context. If we are talking about a black person in America we are using the racism-Φ meaning; the power plus privilege meaning. If we are talking about a white person in Scotland we are using the racism-Ψ meaning.

My hope here is that we can start to make progress, and get beyond this artificial barrier created by an inability of certain people to accept that others use language differently. Neither side is right or wrong in their usage of the language, they are just different. Certainly, if someone interrupts a discussion about police racism against the African-American population of the USA by saying something like, “yeah, but white people also suffer racism”, then that person is mistaken. Their mistake, however, was in the use of the word ‘also’ not in the use of the word ‘racism’. The word ‘also’ here conflates the different meanings of the word racism, it deliberately equivocates racism-Φ with racism-Ψ in order to shut down a discussion. These people need to be challenged, but it does not follow from this that every person who says that white people can suffer from racism also need to be challenged. To do so just leads to a situation where various injustices are competing with each other to demand our attention, with certain people claiming that only the genuinely ‘racist’ injustices should be tackled. We should reject this position, and to paraphrase Che, we should shake with indignation at EVERY injustice, not try to be clever about which ones deserve our attention and which ones don’t.

This problem finds it roots in the identity politics which currently infects most of the left. As with many modern feminists, the modern anti-racist movement has also lost any sense of class consciousness. This common problem between the two is most visible in the question of domestic labour, which is now largely understood in terms of “unpaid labour” and income for housework. Income is a matter of consumption; class is a question of production. Rarely do modern feminists or anti-racists struggle against the existing labour relations based on the hegemony of global capital. The few exceptions were the historical-materialist feminists and anti-racists of the 70’s and 80’s, who engaged the class consciousness of gender, race and sexuality. Unfortunately this work has largely been abandoned and cut off by the modern feminists and anti-racists due to the rise of identity politics amongst the left.

Racism, contrary to Foucauldian theory, is not simply a matter of asymmetrical power relations. Nor is gender, nor is sexuality. Racism (even understood as only racism-Φ) is not simply oppression, it is not simply the exercise of power by whites over blacks. There is a lot more going on here than simply white versus black. Power is the social and political manifestation of the ownership of the means of production. Clearly the means of production are overwhelmingly owned by whites, but it is a failure of logic to conclude from this that all white people are therefore part of the “global hegemony”. The vast majority of whites don’t own the means of production either. This gives the modern anti-racist a problem if they get this far: it appears that if they are intent on demanding the “power plus privilege” definition of racism be the only one permitted then they are going to have to accept that the vast majority of whites can not be racist, as they have neither the power nor the privilege that comes with ownership of the means of production.

At this stage they play what they believe to be their trump card. All dialogue, they claim, is created by the “global white hegemony” to protect itself, so by taking part in this dialogue all white people are in fact talking from a position of power and privilege as they are talking from the position of the white supremacists. Now I’m no stranger to the argument that the media and politicians use language in a certain way to protect the power of the ruling class, I made that very argument in a previous contribution to this site. However, in claiming that it’s not only the media and politicians but the population at large who take part in this sort of power preserving dialogue, the ‘white middle class-ness’ of these sorts is painfully apparent. Remember, the people I’m talking about here include EC members of the SSP and prominent members of RISE (Scotland’s Left Alliance). They are supposed to represent Scotland’s working class, but comments like these create the impression that they have never actually conversed with anyone from the lower classes. Our language in no way whatsoever resembles the language of the ruling class. If a Rupert Murdoch or Prince Charles were to find themselves in a housing estate in Glasgow or Inverclyde or Dundee they would find the locals totally incomprehensible. The language used by the working class has often evolved through conflict with the ruling class, not to protect it. The language of the working class is rooted in our working class communities, not in some hidden conspiracy to protect the capitalists. And this language which evolved independently and in conflict with the capital hegemony also includes the way many working class people use the term racism (i.e. racism-Ψ). Nothing could be more hegemony protecting than demanding we drop our working class usage of the language in favour of a usage supplied by first world white middle class university students.

6 thoughts on “On Arguing About Racism”