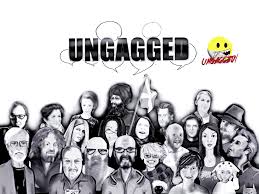 (To fill you all in on what’s happening here: I’ve recently began contributing to Scotland’s most listened to lefty podcast – Ungagged! This is the script from my first input to the pod (which was broadcast December 2016), some scattered thoughts that I tried to put together in a coherent way – all relevant to my time in Kazakhstan where I happened to be living and working. I’d been eager to keep myself involved politically in the Scottish left, just doing my bit to help things in whatever way I could. I had been repeatedly offering my services to the Scottish Socialist Party of whom I’d remained supportive even after the RISE debacle. Unfortunately the SSP didn’t seem to have any need or use of the ramblings of an itchy footed international socialist. Luckily for me, Ungagged made contact and were genuinely interested in allowing me to ramble on their time. So here it is, the first of hopefully many contributions.)

This episode I have the pleasure of conveying to you a message from Kazakhstan.

I’m aware that many of you might not know much about this place. Before being seconded here by my work, I was the same. My only knowledge of Kazakhstan was Borat and that time Celtic played Shakter Karagandy in Europe.

The Kazakhs, I’ve found out, are painfully aware that for many foreigners Borat is the only thing that comes to mind when they hear the name Kazakhstan. The wounded looks on their faces at the very mention of the “B word” are impossible to miss. A big proportion of the conversations I’ve had here have been locals eager to explain to me that Borat in no way what so ever resembles this country.

So the first part of my message from Kazakhstan is to confirm that the locals are correct. This is not a nation of backward simpletons. It might not have many touristy must see attractions, but if you get the chance you won’t regret coming here. Kazakhstan sits on the boundary between Europe and Asia, not only geographically but also culturally and politically. The population is roughly 70/30, between Central Asians and Whites, and between Muslims and Christians.

But far from the “rivers of blood” that many right wingers will try to convince you is the inevitable result of cultures colliding, Kazakhstan is actually one of the friendliest and safest countries I’ve ever experienced. The European and Asian cultures thrive side by side, and it makes living here a wonderful experience.

And don’t think that they only thrive despite each other. The cultures here are incredibly intertwined and supportive of each other. The national identity isn’t one or the other, but an understanding of all the people that call Kazakhstan home.

I witnessed a small but powerful reminder of this while walking through the city recently. One of the mosques has erected, just outside the entrance to its grounds, a small Christmas tree and a sign which simply wishes all Christians a happy Christmas.

I’m trying to not let the Daily Mail hear about this Christmas tree, or no doubt we’ll wake up to headlines screaming at us that Muslims are stealing Christmas. Nevertheless I thought it was a nice message to convey back to you on behalf of these Kazakhs. And also to say that I think there is a nice lesson to learn here. Of course, mosques and churches back in Britain who build bridges between their respective communities should be applauded, there are some unnecessary tensions being created between Muslim and Christian communities and anything done to counter that is commendable. But what is so powerful about this instance is that there are no tensions like that here. This mosque isn’t trying to show itself in a different light to its neighbours, rather it is simply saying, “I value you as a neighbour and I wish the best for you”. There is no need for them to say anything, no problematic media representation of them that needs challenging. They just wanted to be neighbourly. A lesson that especially at this time of year goes well with our supposed Christian values that the right wing harp on about constantly; but also a lesson that if we’re honest we could all do with being reminded of from time to time.

So Kazakhstan is not a country of Borats. Instead, its a modern welcoming country that we could probably learn a thing or two from if we’re prepared to open our minds to the possibility that other countries might do things better than the British.

Here is another example of something we could learn from Kazakhstan, and which is particularly relevant at this time of year. In Britain this winter how many people, especially pensioners, will die of preventable cold related illnesses? In an energy rich country, how many people will die because they couldn’t afford to keep the energy on during the winter? The answer is staggering. Tens of thousands. They will either have turned their own power off from fear of the costs, or if they are behind on their payments the big energy companies simply cut off their power, condemning these people to a cold dark miserable and often deadly winter.

Many people who campaign against fuel poverty will tell you to refuse to let the power companies in to your house to turn the power off. I don’t disagree with that, by all means have a crowd of activists waiting for them when they turn up to cut you off. Lets see how eager they are to turn of your grannies leccy when there is a team of anti-fuel poverty activists there to greet them.

But do you know what happens in Kazakhstan? Nothing, because the power companies here simply aren’t allowed to cut off your power. In this country, as well as most of the former Soviet nations, that ability to heat your home and cook hot meals is viewed as a human right – one which you don’t lose just cos you got into debt.

So lets take that fight to the politicians. Lets make them understand that staying warm during winter is a human right – one which we refuse to let the big energy companies take away from us. And as I always say, don’t let that fight seem too daunting for you. You don’t have to do it all yourself. There are established networks out there for these sorts of things. Get involved and help them. Or sign a petition or write to your MP. Someone can’t do everything, but everyone can do something. So please do your bit, whatever and however much that is. 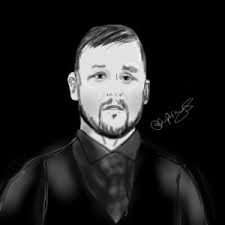